Prior to iOS 13, when you were editing text on an iPhone or iPad Apple provided a magnifying glass that showed the position of the insertion point. It worked but was clumsier than just moving the insertion point directly which is what Apple enabled in iOS 13 and iOS 14. The only problem? Your finger usually obscures the text you want to edit. 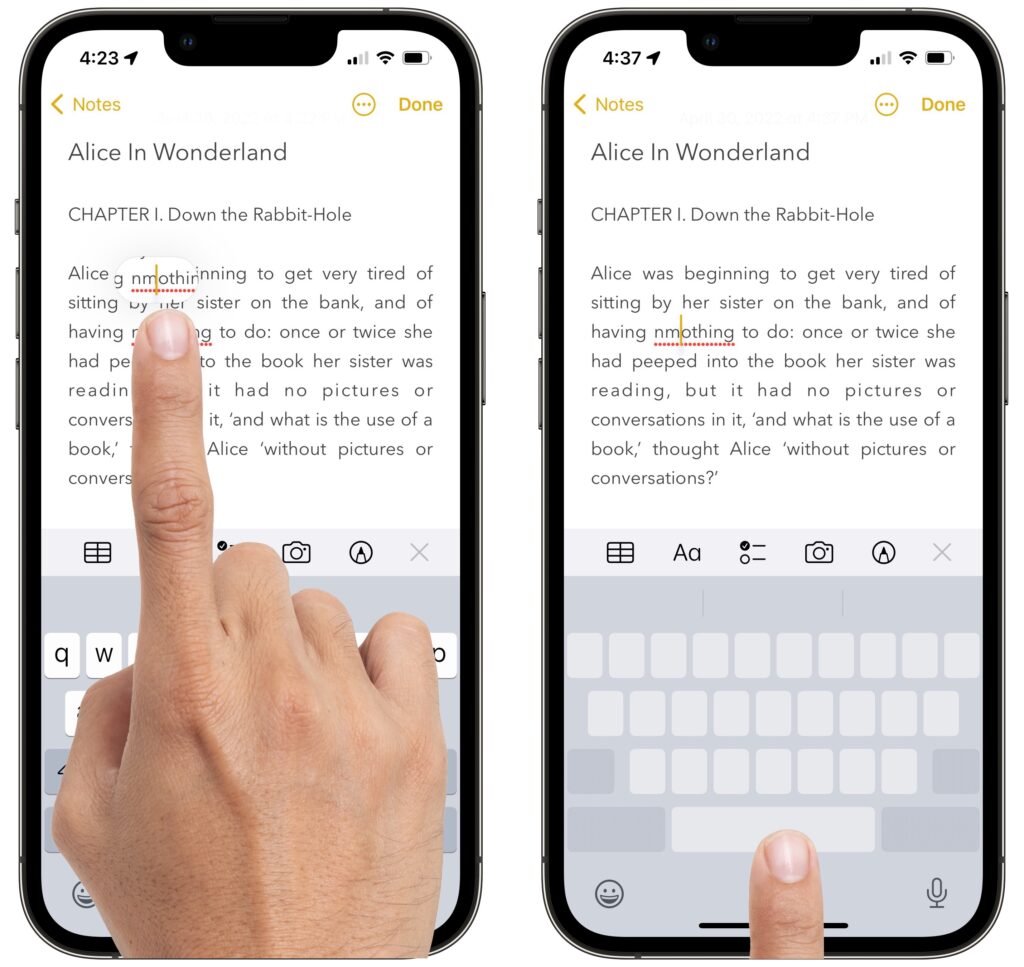