If you have access to multiple printers you probably know that you can choose one from the Printer pop-up menu at the top of the Print dialog. But macOS has a feature that should make it so you don’t have to switch printers manually as often.

Open System Preferences > Printers & Scanners and look at the bottom of the Print view. The Default Printer pop-up menu lists all your installed printers plus an option for the Last Printer Used. That last one makes sense if you print a number of documents to the big office Canon, switch to printing images on the Epson photo printer for a while, and then switch back again. But if you primarily print to one printer choose it from the Default Printer pop-up menu. You can still switch to another printer in the Print dialog anytime you want but your main printer will always be the default. 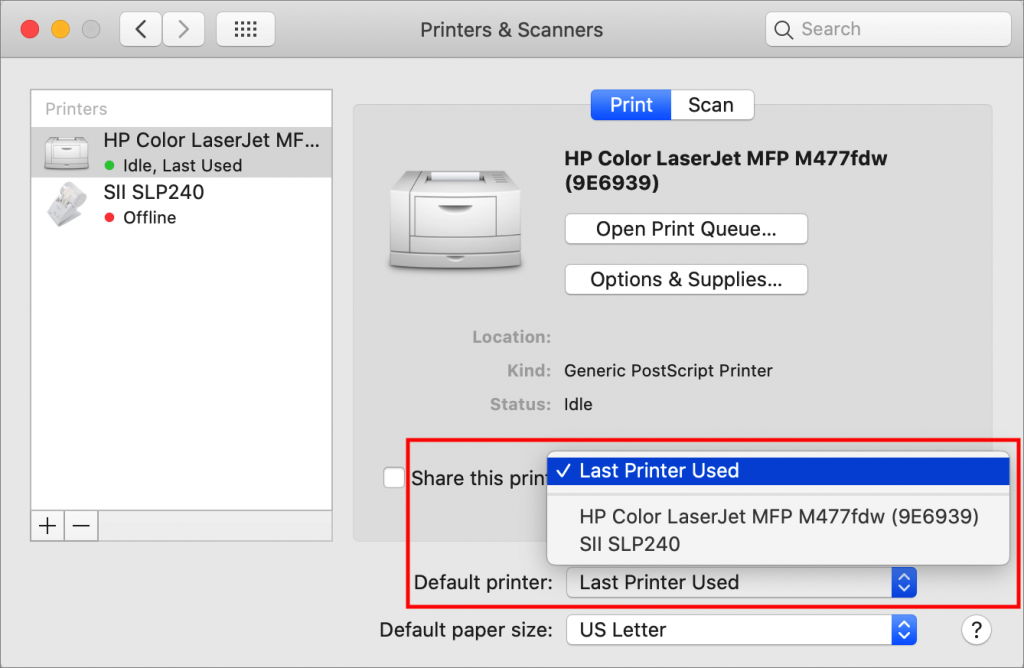 (Featured image by NeONBRAND on Unsplash)