TYPING IN ALL CAPS is considered shouting on the Internet. Doesn’t it bug you when you accidentally tap the Caps Lock key and start writing in uppercase? The Caps Lock key is vestigial—it was invented as a “Shift lock” key to make it easier to type the second characters on the keys of the mechanical typewriter without also holding down the Shift key the entire time.

However, it’s seldom useful on a computer. Google replaced it with a Search key on Chromebook keyboards. It still appears on all of Apple’s keyboards but macOS lets you disable or remap it.

In System Preferences > Keyboard > Keyboard, click the Modifier Keys button. In the dialog that appears choose No Action (or another key) from the pop-up menu next to Caps Lock. Click OK and you’re free from accidental capitalizations. 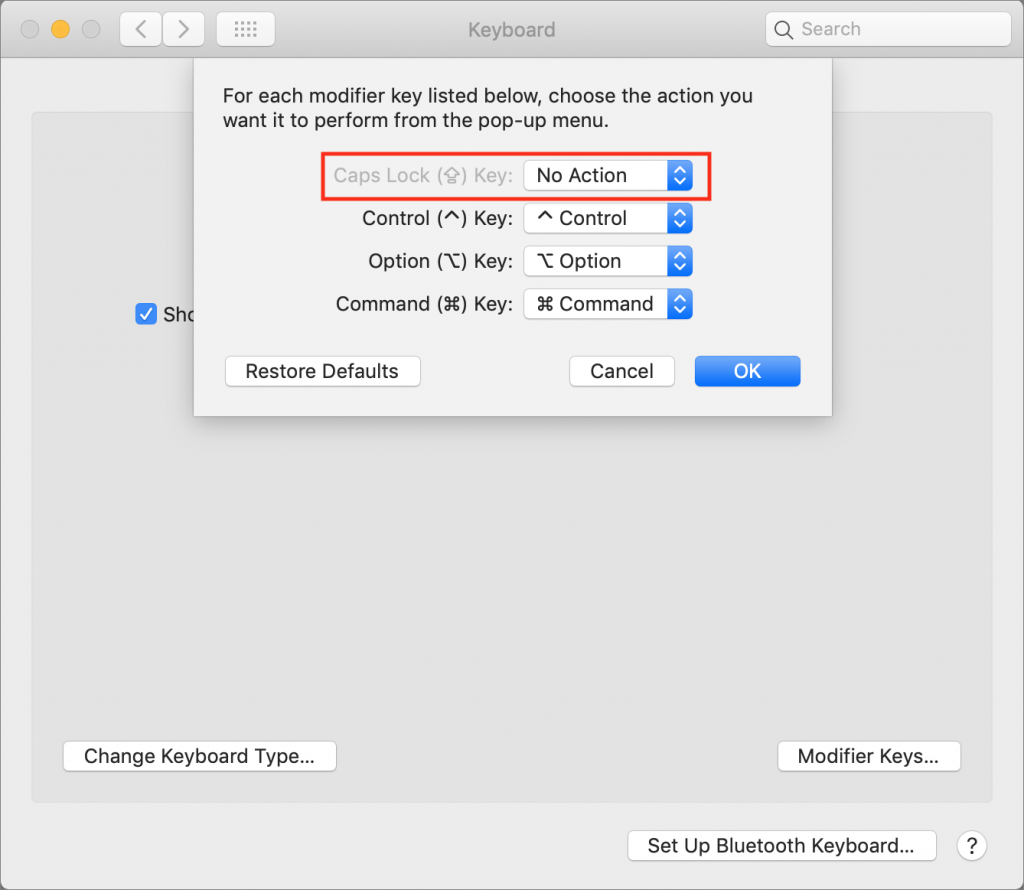 (Featured image based on an original by Scott Webb from Pexels)