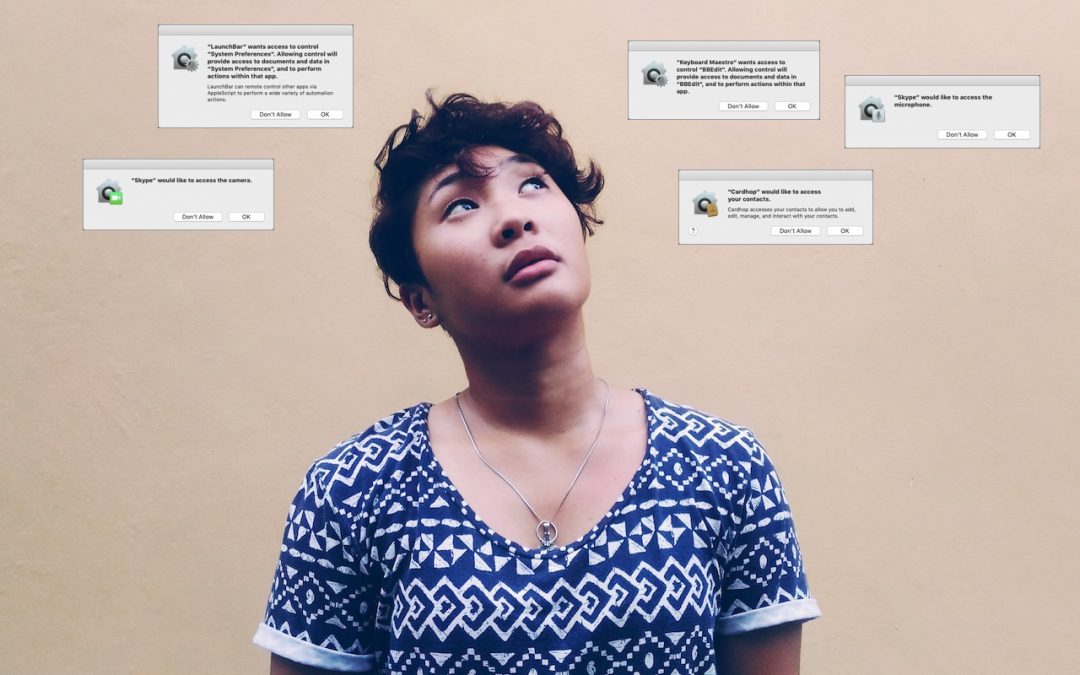 What Are All These New Privacy Request Dialogs in Mojave?

With macOS 10.14 Mojave Apple has beefed up Mac’s privacy so it more closely resembles privacy in iOS. You’ve noticed that when you launch a new app on your iPhone or iPad it often prompts for access to your photos or contacts, the camera or microphone and more. The idea behind those prompts is that you should always be aware of how a particular app can access your personal data or features of your device. You might not want to let some new game thumb through your photos or record your voice.

macOS has been heading in this direction but Mojave makes apps play this “Mother, May I?” game in more ways. As a result, particularly after your first upgrade, you may be bombarded with dialogs asking for various permissions. For instance, when you first make a video call with Skype it’s going to ask for access to the camera and the microphone. Grant permission and Skype won’t have to ask again.

Skype’s requests are entirely reasonable—it wouldn’t be able to do its job without such access. In most cases, apps will ask for access for a good reason and if you want the app to function properly you should give it access.

However, be wary if a permission dialog appears when:

There’s no harm in denying access; the worst that can happen is that the app won’t work. (And if it’s malicious, you don’t want it to work!) You can always grant permission later. 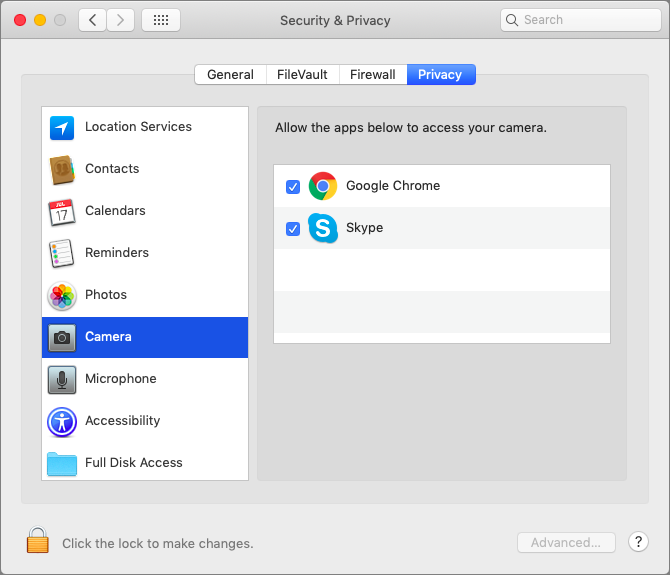 You’ll notice that the lock in the lower-left corner is closed. To make changes click it and sign in as an administrator when prompted.

Most of these categories are self-explanatory but it might not always be obvious why an app wants permission. In the screenshot above, for instance, Google Chrome has been granted access to Mac’s camera. Why? So Google Hangouts and other Web-based video-conferencing services can work.

There are five categories (including three not showing above) that could use additional explanation: 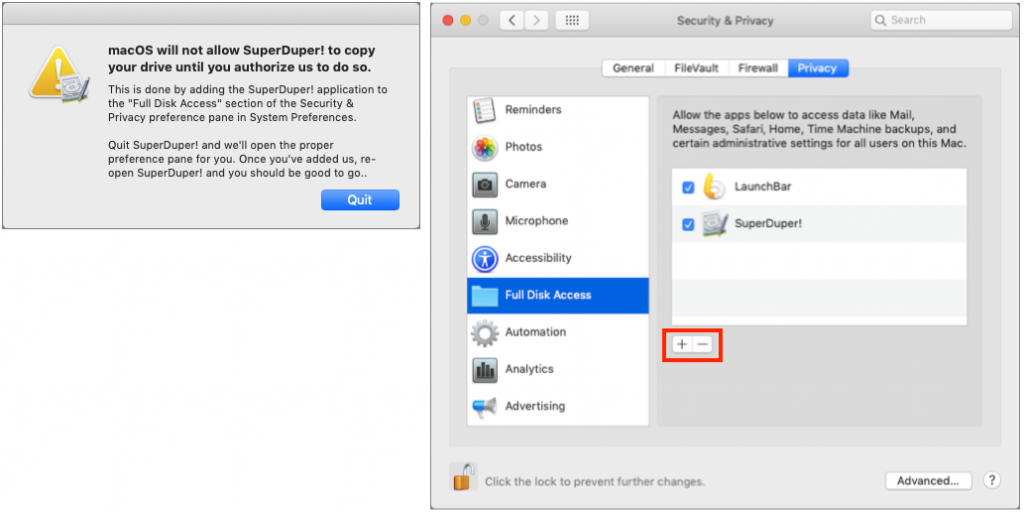 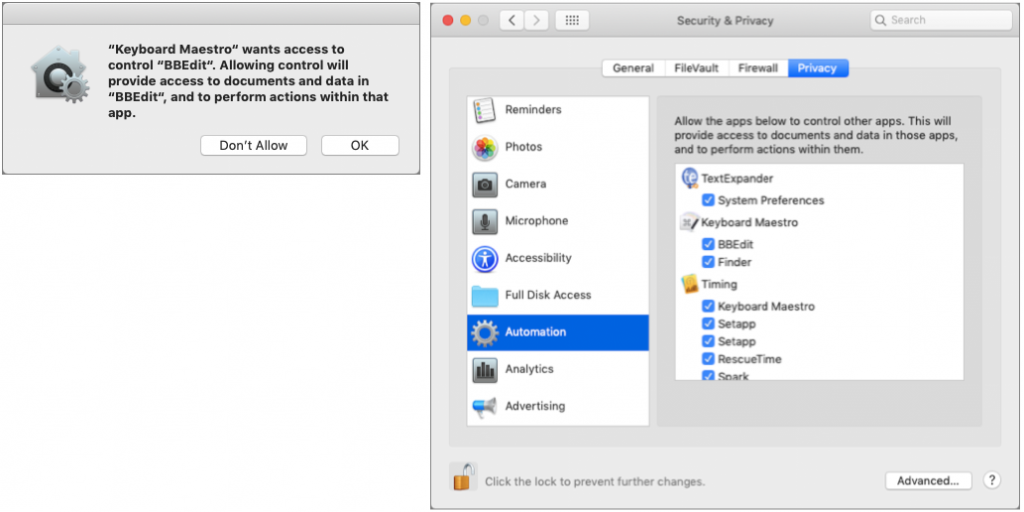 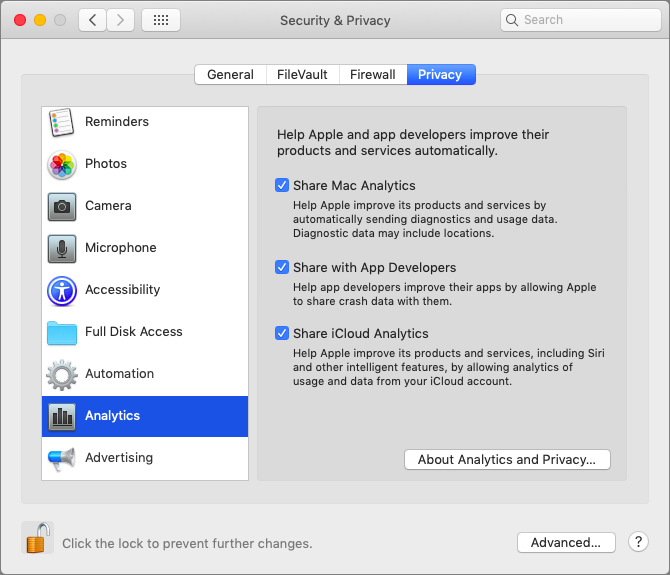 Advertising: Finally, the Advertising options give you some control over the ads that you may see in Apple apps. In general, we recommend selecting Limit Ad Tracking, and if you click Reset Advertising Identifier, any future connection between you and the ads you’ve seen will be severed from past data. There’s no harm in doing it. It’s worth clicking the View Ad Information and About Advertising and Privacy buttons to learn more about what Apple does with ads. 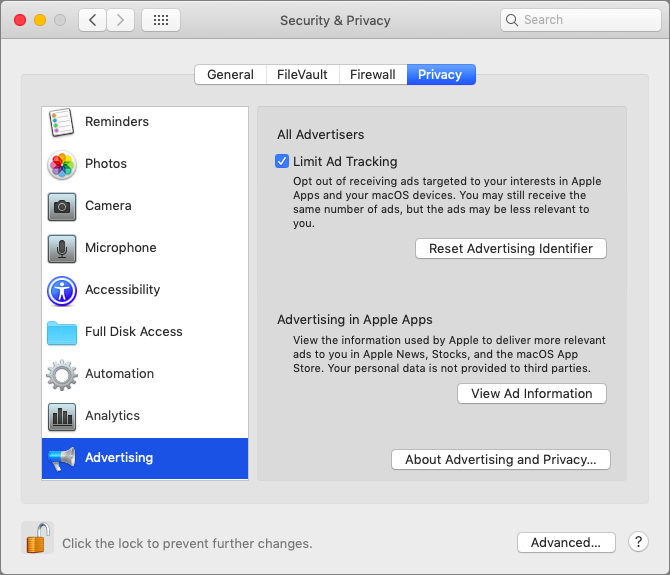 So if you’ve been seeing repeated requests for permission after you upgraded to Mojave now you know why these dialogs keep popping up. They’re a bit annoying at first but the added privacy is worthwhile and once you’ve granted permission to an app you shouldn’t hear from it again.